Why do some public agencies attract more media attention than others?

Many would agree that, at least in Western democracies, we live in what is referred to as “mediatised societies”. These are generally understood to be societies in which the media somehow penetrate and affect the way central institutions of our societies function. This includes the public agencies responsible for service delivery, regulation, policy formulation or providing subsidies.

Not unlike their political counterparts which have been more intensely studied, many of the media departments of public agencies have witnessed a substantial professionalisation in recent years. Likewise, public agencies have been found to frame their messages according to news agendas set by the media, and to train their leaders to perform well in broadcasts.

The case of the Dutch Food and Consumer Product Safety Authority demonstrates the value of such media training. Or rather the potentially dramatic effects of its absence. When their (interim) leader was questioned on TV about the potential food safety hazards of eggs contaminated with the insecticide Fipronil, his appearance caused confusion rather than reassurance and set off a food crisis of huge proportions. A couple of months later, ‘Fipronil egg’ had become the Dutch word of the year, and the interim leader had left the organisation.

While this case illustrates the potentially dramatic effects of a poor media appearance, the scientific community has only just begun to investigate how and to what extent media attention affects public agencies. So-called “mediatisation of bureaucracy” scholars have addressed how public agencies are organised towards the media, how they perceive their role in the context of mediatisation (both as agencies and as civil servants), and how the media plays a role in holding such agencies accountable.

However, in our recent Policy & Politics article we argue that this line of research has missed a step, in terms of identifying firstly which type of agencies are attracting which type of media attention. Many public organisations claim to be targets of intense – and often negative – media attention. Without a doubt, some agencies have been the victim of different types of “bureau-bashing” from the media, perhaps fuelled by blame-shifting politicians. Others have undoubtedly experienced media frenzy conditions due to alleged policy failures, mismanagement of public recourses, and the like. However, most evidence is anecdotal. Relatively little is known about the sensitivity of public agencies to media attention in a comparative design.

This is what we aimed to contribute to the literature. More specifically, our study focused on the role of agency characteristics in explaining the frequency and tone of media attention. Agencies vary in the tasks they perform, but also in their size and in their (in)dependence on their minister. These distinctions reflect the most prevalent ways of characterising public agencies.

One might expect that media attention would be blind to these characteristics, and be an accurate reflection of agencies’ actual performance. Such a viewpoint expects that the media performs a neutral role, without any professional or economic considerations; that the media is reporting about the public sphere without being guided by what is considered ‘newsworthy’, based on journalistic professional standards and/or experience guiding which type of stories actually sell newspapers. In addition, this would also imply that agencies were equally competent in terms of making news with their positive stories, or avoiding negative media attention. Such a starting point, we argue in the paper, is naïve. Rather, we theorised and demonstrated patterns in the extent to which certain agency characteristics provoke different kinds of media attention. These differences can be traced back to the fact that different institutional designs directly affect the volume and type of media attention agencies attract.

Our study shows that agencies are likely to attract more media attention when they have at least two out of three of these characteristics: (i) large organisational size, (ii) performing service delivery tasks, and (iii) enjoying legal independence. Furthermore, agencies that combine all three of those characteristics tend to attract more positive and negative media attention. We argue that this may be caused by the fact that larger agencies are more prominent and ‘newsworthy’, thereby attracting more media attention of the positive and negative kind. In a similar vein, agencies that are legally independent from their minister also attract more media attention, as they may be more conspicuous, rather than being seen as part of the machinery of government. Finally, we found that agencies involved in service delivery are more prone to negative media attention, but, fortunately for them, their larger organisational size allows for a more professional communication department to cultivate positive perceptions of the agency.

Investigating which type of agencies are more likely to attract media attention is of relevance for different audiences: the public in general, politicians, and public managers. From a democratic perspective, the implication is that the role of the media as a watchdog that hold politicians and bureaucrats to account is not equally intense across types of agencies. We know from existing research that the media plays a role as a forum where agencies are held accountable for their wrongdoings. In addition, the media can also trigger or intensify other forums which are formally able to hold agencies accountable and provide sanctions (for instance, parliaments, ombudsmen, audit institutions).

And since this watchdog role not only benefits citizens but also politicians, a pertinent research finding for current and future governments is to supplement the media with other control mechanisms, in order to prevent being subjected to the bias in media attention when deciding which agencies are to be scrutinised and which are not. From a managerial perspective, understanding which characteristics of their organisation attracts or discourages media attention may help agencies to decide how to invest in the resources necessary to successfully manage the media attention they attract. 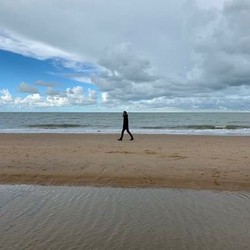